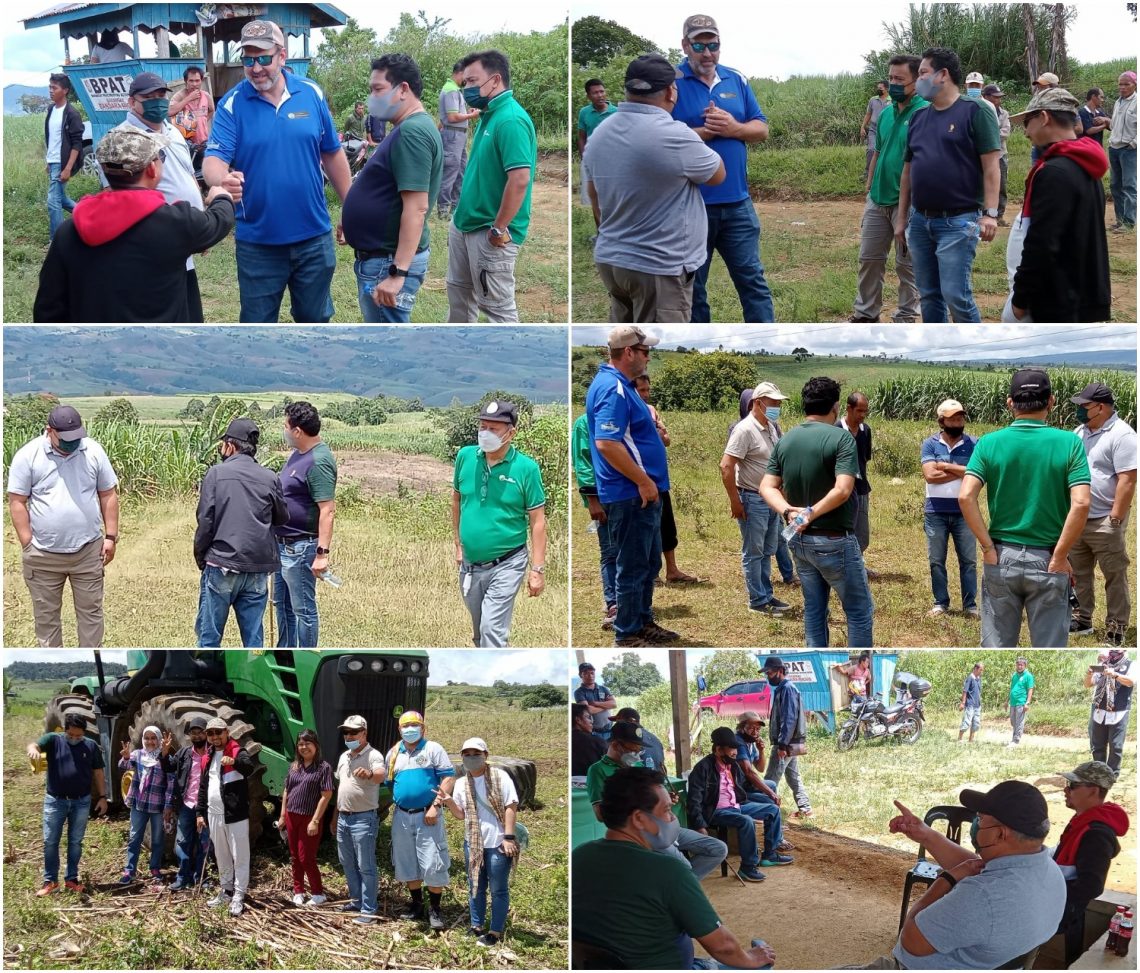 AMAI MANABILANG, LANAO DEL SUR (25 September 2021) – Yesterday’s delivery of the modern agricultural machinery at the site of the 25,000 hectare Southern Philippines Development Authority (SPDA) proclaimed property in the municipalities of Wao and Amai Manabilang, Lanao del Sur, and the conduct of the ‘kanduli’ at the project site, had dramatically ignited the spirits of all the stakeholders of this long-sought huge agribusiness endeavor in Southern Philippines.

During a brief dialogue with the local residents, barangay officials, and SPDA executives, ASPAC AG Director Wilson T. De Vera said the road improvements and widening shall start today, September 25, to pave the way for an easy access of the farming equipment from the main road of the municipality up to the project site in Barangay Bandara Ingud, this municipality.

SPDA Operations Department Manager Cris B. Dagala had expressed relief following the ‘kanduli’ rites yesterday, September 24, as this agribusiness undertaking with ASPAC AG has been in the making for two long years now amid the seemingly burgeoning challenges besides the dreaded COVID-19 pandemic.

A ‘Kaduli’ is a Maguindanaoan term, which literally means “offering“, conducted during special celebrations to give thanks to the Almighty God or Allah for the blessings He has bestowed upon the people or community and to sustain the same. The blood of the goat was poured into the farmland of the project site yesterday as a symbolic offer to ‘ward off malicious powers’ in the area. In his post in the social media, SPDA Deputy Administrator Munap H. Pacio said ‘pagod pero sulit naman, sa wakas nag-umpisa na rin ang SPDA project sa Amai Manabilang at Wao Municipalities, Lanao del Sur.

Pacio added the contract lease agreement, a joint venture between SPDA and ASPAC AG through its sister company the Lanao del Sur Corn Development Corporation, will automatically unlock various opportunities in this community and is expected to bring about more blessings particularly to the constituents of Amai Manabilang Municipality as well the municipal government itself through tax collection.

As soon as SPDA Administrator and Chief Executive Officer Abdulghani ‘Gerry’ Ajul Salapuddin arrives from his official business trip in Congress, Pacio disclosed the formal launching will take place in the area. Aside from Deputy Administrator Munap H. Pacio and Operations Department Manager Cris B. Dagala, yesterday’s activity was attended by some executives and staff members of the Authority who were in full force to witness the significant event.