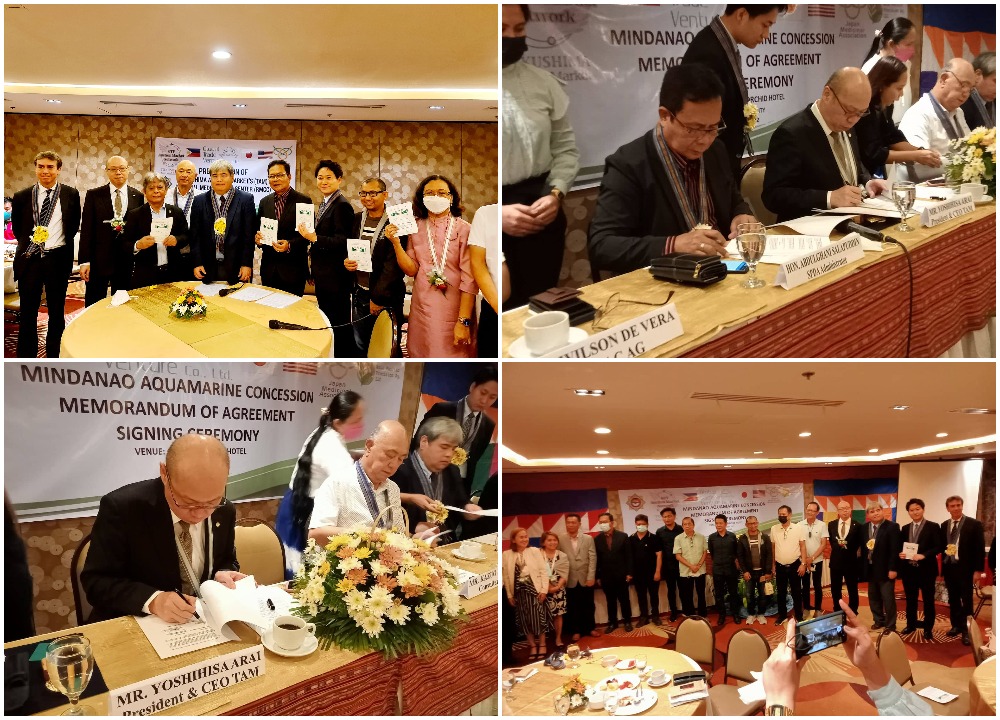 ZAMBOANGA CITY (6 April 2022) – With the remarkable total foreign investments (FI) in the country approved in the fourth quarter of 2021 amid the pandemic, higher by three-fold compared with the same quarter of 2020, this year sees more promising business activities in this part of Southeast Asian region as Southern Philippines Development Authority (SPDA) recently forged business alliance with Japanese and American investors.

A memorandum of agreement (MOA) was signed Wednesday at the Garden Orchid Hotel in this city on collaboration and cooperation in the development of the Mindanao Aquaculture Concession among Tokushima Auction Market (TAM), a government corporation of Japan, SPDA, and an American company Asia Pacific Precision AG Group Company (ASPAC AG). Represented by its president and chief executive officer Yoshihisa Arai, Tokushima has proposed to undertake the Mindanao aquaculture concession project in the sea water and land in Mindanao to grow and harvest varieties of fish including crabs, white shrimps, and tiger prawns in cages and inland fishponds.

It has engaged ASPAC AG led by its president and chief executive officer Wilson T. De Vera, to manage and help secure the proposed project site, provide manpower, and oversee the day-to-day operations. Headed by administrator and chief executive officer Abdulghani ‘Gerry’ Ajul Salapuddin, SPDA shall lease out to Tokushima the use of the lands and waters inside its area of jurisdiction as project sites of the aquaculture concession project.

During the event, there was also a presentation of Tokushima’s Regional Medical Care Center (RMCC) conducted by Japan Medicinal Association (JMA). The center was proposed to be established in some regions and provinces of Mindanao, where they are mostly needed for the health and well-being of Mindanao population. In his message, Salapuddin had expressed belief that this business collaboration was no accident and this came into reality because of the leaders’ perseverance in meeting the right people and connection, he said. “We have to work hard to strengthen partnership and cooperation among SPDA, Tokushima, and ASPAC AG to accomplish the task that lies ahead”, he said.

Salapuddin added Japan has been among the leading trading partners of the Philippines and the former has lots to offer in the country, from the modern technology to the production of export quality products that are competitive not only in Southeast Asia but in a global business arena. The following day (7 April 2022), the foreign investors together with the SPDA executives and technical team had conducted an ocular inspection at the 50 hectare fishpond property of the Authority at Sitio Madalum, Vitali, Zamboanga City and formulated initial plans to operationalize the area using Japanese aquaculture technology. (Celestino B. Siglos, Ed.D.)