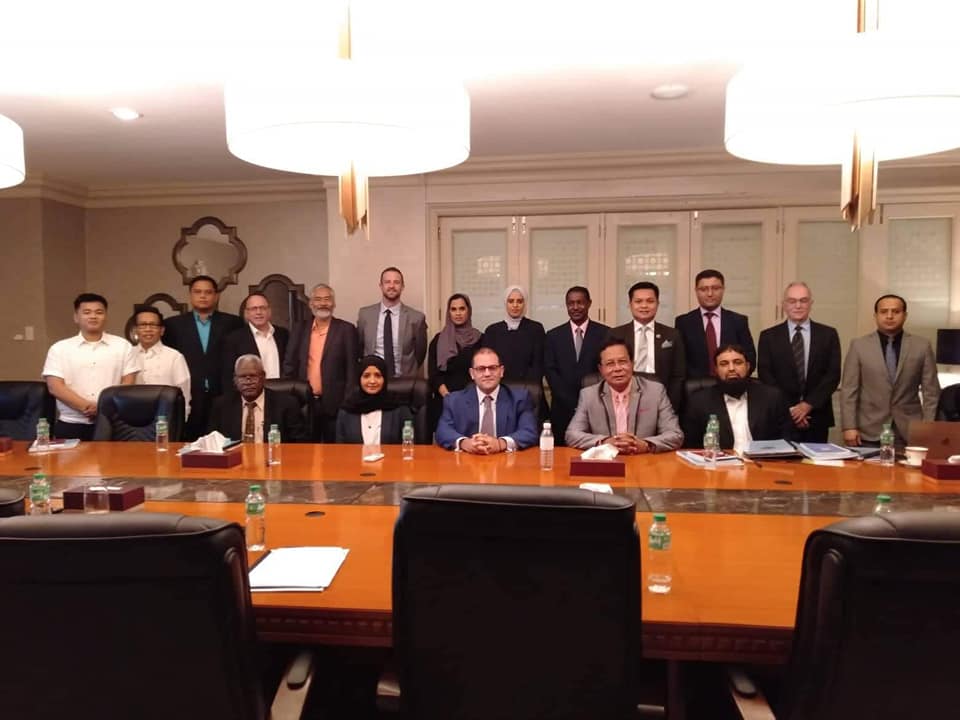 DAVAO CITY (06 November 2019) – Members of the Qatari delegation of the Qatar Fund for Development (QFFD) who are here in the Philippines this week for a five-day official visit, had expressed great interest in the proposed multi-million peso PEACE Villages project of the Southern Philippines Development Authority (SPDA).

This was bared by SPDA Administrator and Chief Executive Officer Abdulghani ‘Gerry’ A. Salappudin, who met the Qatari delegation on 05 November 2019 at the Embassy of the State of Qatar in Makati City, to establish  possible cooperation in the field of sustainable development and explore potential investments in Mindanao.

In this project, Salapuddin said, PEACE is an acronym of “People Economic Advancement and Community Empowerment”. The word PEACE literally means ‘Salam’ in Islam which speaks for itself and for what it means and stands for. This is what SPDA exactly wants to achieve in this pilot project, he added.

The said project was a brainchild of SPDA Administrator Abdulghani ‘Gerry’ A. Salapuddin when he was still with the Office of the Presidential Assistant for the Peace Process (OPAPP). The idea came into being when Salapuddin had noticed vast tracts of barren and idle lands within the said five barangays which were potential agricultural areas during his visit two years ago (2017) to meet the various MNLF leaders.

With this in mind, Salapuddin had considered the propagation of various crops suitable in each barangay as part of the industrialization of agriculture for commercial purposes through mechanized farming, while those communities along the coastal areas may opt to put up fish cages and establish marine aquaculture business.

Upon arrival at the embassy, Salapuddin, together with his SPDA delegation, were met and attended to by the Qatar Embassy’s 3rd Secretary Mohammed Yousef R. Y. Al-Malki, before their meeting with the delegation of the Qatar Fund for Development (QFFD).

The Qatari delegation was headed by Samier Shamjier who was joined by the different government agencies like the Qatar Education for All, International Federation of the Red Cross and Red Crescent Societies, Qatar Charity, and other allied organizations.

The SPDA, on the other hand, was comprised of Almahdi ‘Aldean’ Alonto, Engr. Modiff Gampong and technical staff Marlon Saloma and Jesse Lois Israel. Two of the top executives of SPDA’s partner company SECURA International, Dr. Danilo Manayaga and Dr. Frank Shotkoski, who made an impressive presentation about their agriculture project with SPDA in Wao and Bumbaran Municipalities, were also part of the Authority’s delegation.