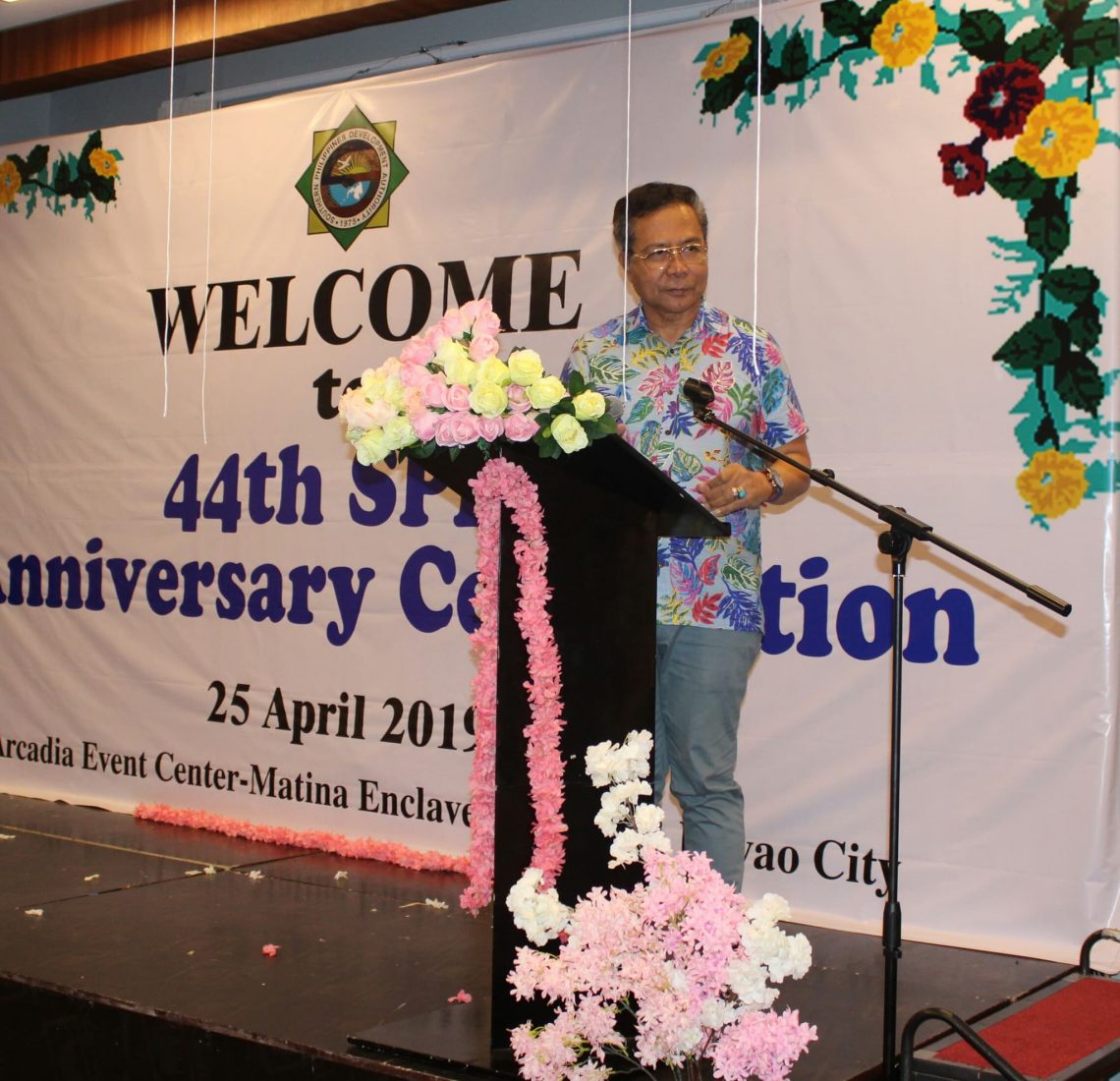 DAVAO CITY, April 29, 2019 – “There is no reason for us to fail in the realization of Southern Philippines Development Authority’s (SPDA) mandate and that we must vigorously pursue our present proposed projects and marketing blitz,” SPDA Administrator and Chief Executive Officer Abdulghani ‘Gerry’ A. Salapuddin said in his message to the employees and staff during the 44th anniversary celebration of the Authority on April 25, 2019.

As soon as the 100 million peso budget for the SPDA will have been released by the Department of Budget and Management (DBM), Salapuddin disclosed that a ten-storey hotel in Zamboanga City shall kick-start the SPDA’s bright business prospects this year. Administrator Salapuddin added that the Authority may secure a loan from local banks and entice foreign-based investors for a joint business venture.

Just recently, Salapuddin was engaged in a trade and investment mission to Brunei with Alex Bangcola, President and Chief Executive Officer of Amanah Islamic Bank, organizer and head of the mission Dr. Hao, and Engr. Danny Manayaga, President of SECURA International.

After the Brunei trade and investment mission, Administrator Salapuddin had a series of business meetings with potential investors from Dubai, United Arab Emirates.

His seven-day mission at the UAE had commenced on April 16, 2019, with the Emirate of Sharjah, and discussed trade and investment ventures with the Sharjah Chamber of Commerce and Industry (SCCI). His group was welcomed by Abdelaziz Mohammed Humaid Shatter, Assistant Director General of the SCCI. The said meeting was facilitated by the Office of the Commercial Attache Charmaine Yalung.

His last business engagement at the UAE was with Sirius Power Company headed by Mr. Ingo Surm and the company’s Chief Operating Officer Ms. Marifi Nuñal. Salapuddin said the two had arranged for his business meeting with Mr. Roland Schatz, Founder of the United Nations Global Sustainability Index Institute Foundation (UNGSII), who was also promoting the Sustainable Development Goals (SDG) Cities around the world, pursuant to the millennial development agenda of the United Nations.

SPDA Administrator Gerry Salapuddin had expressed thanks to DTI Commercial Attache to the UAE and Africa Miss Charmaine Yulong and her Trade Assistant Miss Roppe Jenice M. Jubilado for supporting him in arranging all his meetings with the different agencies and companies in the UAE.  He said their indispensable support had contributed to the success of his seven-day trade mission to the United Arab Emirates.

Salapuddin had also paid a visit to the Office of Consul General Raul Raymund P. Cortes at Al-Qusais, Dubai, UAE, and expressed his gratitude for his support which paved the way for the success of the trade mission.