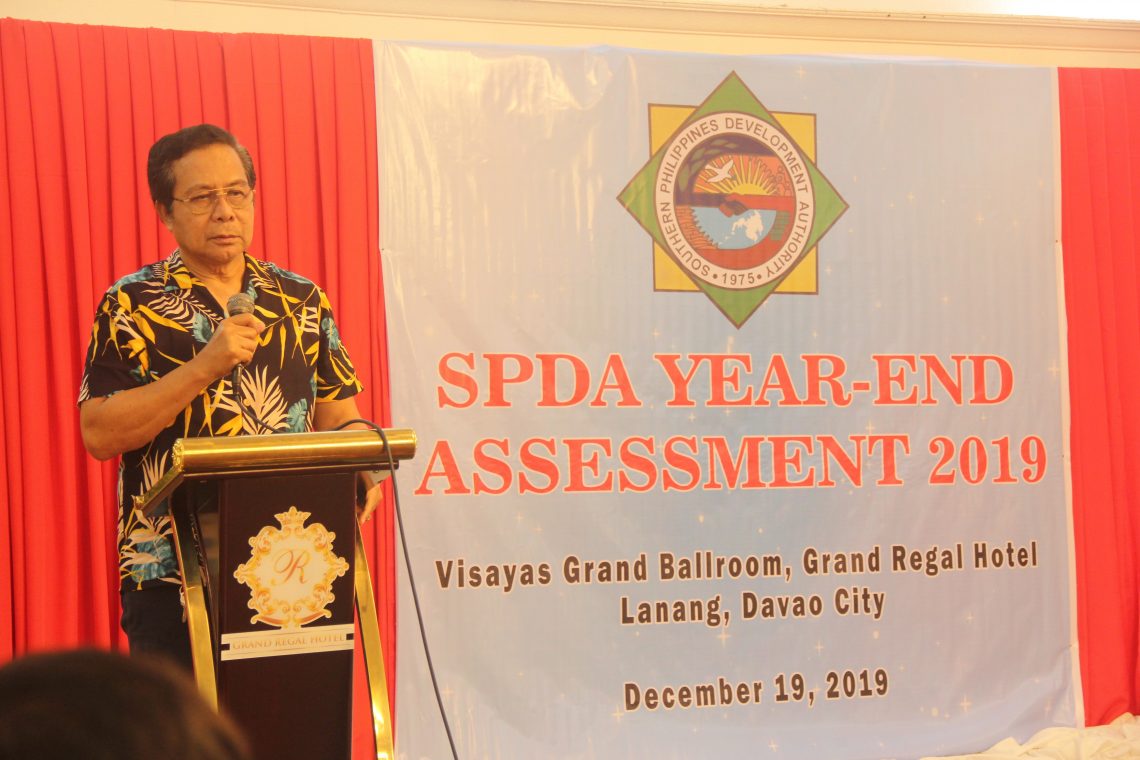 DAVAO CITY (December 20, 2019) – Unfazed by the ‘unfriendly’ treatment by the Department of Budget and Management (DBM), Southern Philippines Development Authority (SPDA) Administrator and Chief Executive Officer Abdulghani ‘Gerry’ A. Salapuddin, had expressed optimism SPDA will have a brighter future next year, banking on the present leadership’s initiative and creativity in pursuing  big-ticket projects in Mindanao.

Speaking before the SPDA officials and employees during the year-end assessment yesterday, 19 December, at the Grand Regal Hotel in Lanang, Davao City, Salapuddin enticed his subordinates to be  creative and productive, saying “we are paid by taxpayers’ money to work and produce results”, he said.

Comparing to “knots and bolts”, Salapuddin further said that an organization is like an engine, everyone has a fare share in the various undertakings of the organization and is equally important regardless of his position and role.

“I had been lobbying very hard to get sufficient budget for the next calendar year, however, the DBM had frustratingly reduced our budget as compared to last year’s”, adding “maybe because on the agency’s negative impression on the SPDA due to the past experiences.”

The DBM is responsible for the formulation and implementation of the National Budget, and the efficient and sound utilization of government funds and revenues to achieve the country’s development goals.

With the meager cash on hand, Administrator Salapuddin vowed to move forward despite limitation of budget, saying he was more challenged to accomplish bigger projects with small financial resources. He said he would borrow money from banks to put up income-generating projects and disclosed his plans to put up hotels in the cities of Zamboanga, Koronadal, and Cotabato where tourism industry had manifested business potentials.

“Cotabato is the center of business activity in the Bangsamoro Autonomous Region in Muslim Mindanao (BARMM), let’s not stop imagining, let’s show to the President that he had not committed a mistake in appointing me to the helm of SPDA,” he quipped.

Salapuddin had expressed hope that one day, SPDA will have a social hall where big events of the Authority shall be held. (Celestino B. Siglos Ed.D.)