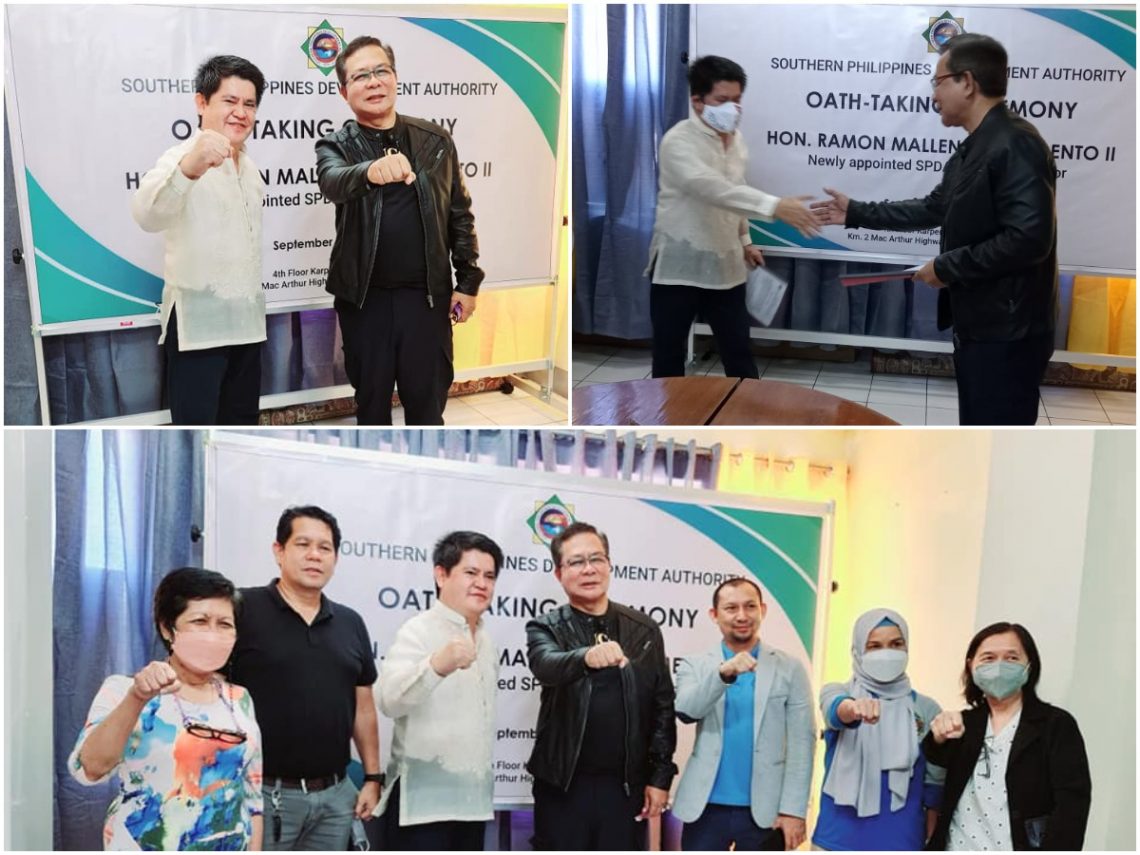 During the oath-taking ceremony of former Mintal Barangay Captain Ramon Mallen Bargamento II, now DUMPER Partylist coordinator, as the newest member of the Board of Directors of the Authority, Salapuddin had expressed confidence on SPDA’s continuity of existence amid meager financial resources. “This is a sign of good luck, having two appointments from Davao City to the SPDA Board, the Authority will not be hampered by the abolition issue anymore,” Salapuddin quipped.

Salapuddin had anticipated that with Bargamento and Jimmy Gestuveo Dureza’s appointments, Mindanao through SPDA would get a bigger share from the national coffers that will eventually push for the swift implementation of the various socio-economic development projects in the island. Dureza is former Councilor of Davao City and former president of the Davao City Golf Club Inc. He is not new to public service being a long-time technical aid of former Davao City mayor now President Rodrigo Roa Duterte before being elected councilor in the second district.

Salapuddin had also expressed enthusiasm over the start of the agribusiness development projects with foreign investors within the huge SPDA farmland property in the municipalities of Wao and Amai Manabilang in Lanao del Sur, and the modern poultry farm in Sulop, Davao del Sur. Obviously crediting the recent successes to the concerted efforts of the Authority’s technical team, Salapuddin said “this is just the beginning and we shall expand amid the challenges brought about by the COVID-19 pandemic,” he was quoted as saying.

Following his induction into office yesterday, September 30, Bargamento had expressed gratitude for the warm welcome of the SPDA family in Davao City. He said he was planning to retire from politics as his family is in the U.S., however, Davao City Mayor Inday Sara Duterte had called him up earlier and sought his assistance being one of the consultants of DUMPER Partylist group.

Late last year, he added, he was asked by high ranking officials of the present administration to take government positions, but he opted to take non-managerial positions. Bargamento had expressed hope that with a very short period of time, he would be able to help solve some pressing problems that hound SPDA specially in the Authority’s occupation at the Catalunan Pequeno property before this year ends. (Celestino B. Siglos, Ed.D.)