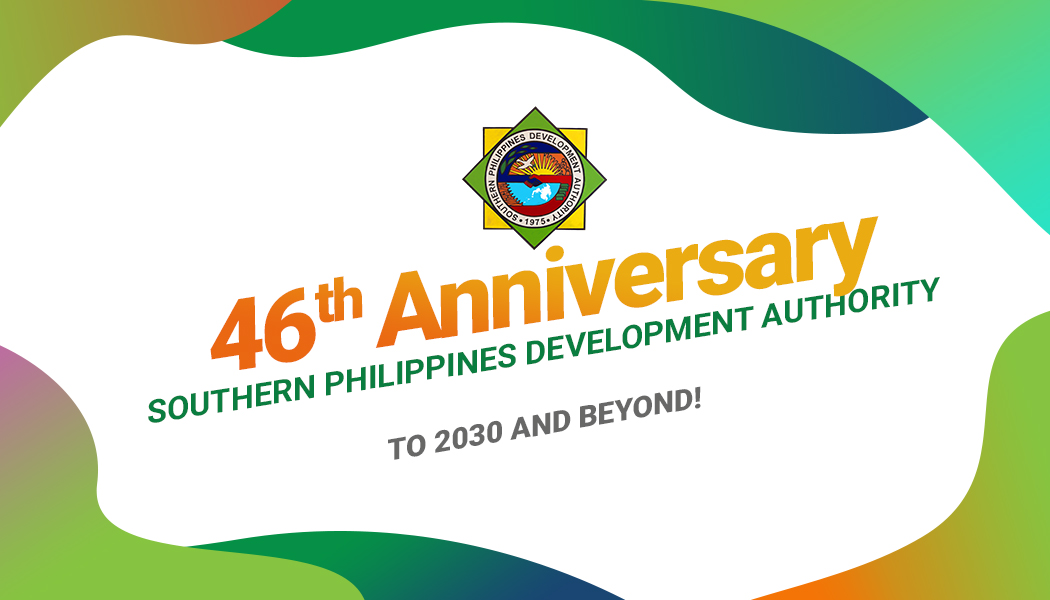 DAVAO CITY  (22 April 2021) – The Southern Philippines Development Authority (SPDA) has simply celebrated its 46th founding anniversary this year without the usual festive activities due to the government’s strict preventive measures to curb the surge of the COVID-19 cases in the country.

However, the Authority has not lost sight in highlighting the significance of the anniversary celebration this year as it embarked into a four-day ‘Strategic Institutional Review and Mindanao-wide Planning Workshop of the SPDA 5-Year Strategic Plan for CY 2021-2025’   conducted by the Development Academy of the Philippines (DAP).

The said strategic planning seminar-workshop which involved the top level management of SPDA in Mindanao, was part of enhancing even more SPDA’s competence to face the current and future challenges. This was realized through an online virtual conference via the Google Meet Platform.

Salapuddin further observed that the reactions, comments, and presentations made by each group during the series of activities of the said seminar-workshop had shown that the Authority’s officials were very much aware on the potentials, strengths, and opportunities which can be tapped to pursue and achieve the SPDA mandates.

“We are also aware on the different actors in the national and local levels, we must link up and work with them in order to achieve our mandates, Salapuddin said.

He added that SPDA’s top brass have already possessed a clear picture on the future trends, technologies, and the rise of potential risks and threats which the entire organization must anticipate as the Authority forges ahead to achieve its economic agenda in Mindanao.

Early this year, there would have been significant projects of SPDA that were set to be launched had it not been for the onslaught of COVID-19 pandemic and the restrictions imposed by the Inter-Agency Task Force (IATF) in Davao City.

Among these projects included the development of the agricultural lands within the 25,000 hectare proclaimed SPDA property in the municipalities of Wao and Amai Manabilang (formerly Bumbaran), Lanao del Sur.

Another projects that were set to be launched this year included SPDA’s poultry project in Sulop, Davao del Sur, as well as the construction of the Authority’s business center in Zamboanga City. (Celestino B. Siglos, Ed.D.)