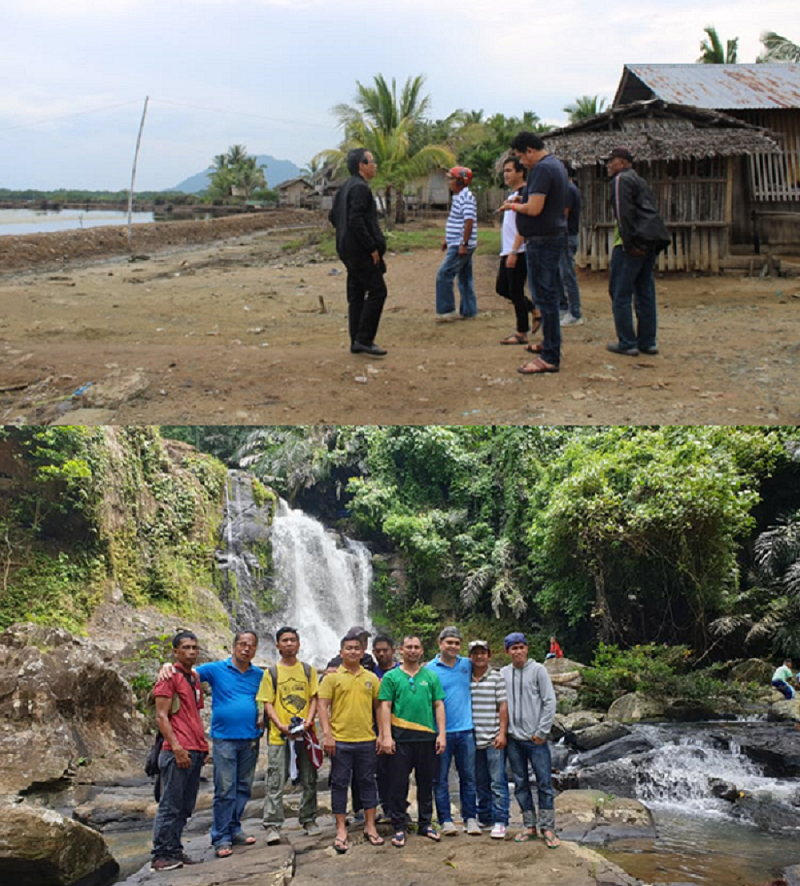 ZAMBONGA CITY (July 23, 2019) – Southern Philippines Development Authority (SPDA) officials and a team of technical experts have conducted ocular inspections today at the two areas here in Region 9 where the SPDA Fishpond Estate and the proposed water impounding and mini-hydro power plants are located.

Led by Deputy Administrator Munap ‘Mon’ H. Pacio and Operations Manager Cristy B. Dagala, the group is divided into two teams (Team A & B) to expedite visitations and documentations in Basilan Province and Barangay Vitali in Zamboanga City, respectively.

From Davao City, Pacio’s Team A had directly proceeded to Basilan Province upon their arrival in this city yesterday, July 22, while Dagala’s Team B has travelled to the SPDA Vitali Fishpond Estate today in Barangay Vitali, Zamboanga City, to meet the various beneficiaries of the Authority’s fishpond stewardship program.

Members of the Basilan group which was led by DA Mon H. Pacio together with some SPDA technical staff, have conducted a two-day ocular inspections in the two cities and seven municipalities of Basilan targeting the potential areas suited for the proposed projects in the province on mini-hydro power plants and water impounding facilities. They also have conducted an ocular inspection at the relocation site of the proposed Basilan Doctors Hospital in Isabela City, Basilan.

During an interview with the Vitali group led by Operations Manager Cristy B. Dagala, Roger Nopueto, an SPDA Vitali Stewarship Program beneficiary in Tindalo, Vitali, has expressed appreciation to the SPDA Management and the Office of the President for having granted him a two-hectare fishpond which greatly helped the economic life of his family.

Nopueto added that he was able to send his children to school and fed his family well because of the government’s fishpond project. The two other beneficiaries, Rosibert Pagsuguinon and Robinson Pagsuguinon have also shared the same view.

The two Pagsuguinons have expressed optimism that the SPDA’s fishpond project may go a very long way should the government help them improve the basic infrastructure such as roads and power supply in the area where the fishponds are located. (Dr. Celestino B. Siglos)