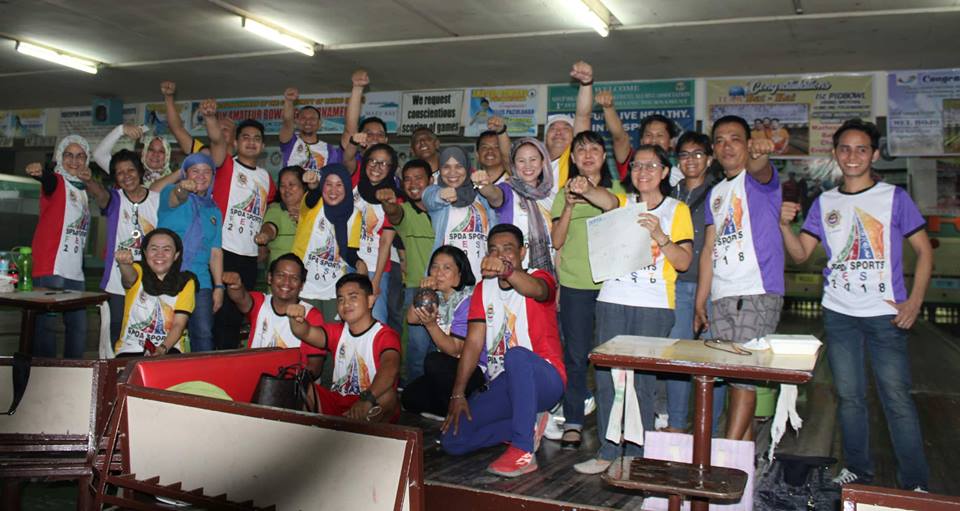 This year’s year-ender of the Southern Philippines Development Authority (SPDA) has proven a growing concern of the new administration on the physical and mental wellness among the Authority’s employees as it embarked into a festival of sport this month.

SPDA employees led by Deputy Administrator Munap H. Pacio are expected to see action on the various competitive sports which have commenced with a bowling tournament at Dover Lanes  last week.

Aside from ball games, DA Pacio has promoted “The Biggest Loser” challenge to be included in this month-long sporting event wherein employees are encouraged to lose weight for a better health, and improve good mood which as a consequence has a great motivation and team building.

The SPDA new administration believes that sport and recreation have a large positive effect on raising morale, motivation, productivity, and better mood and atmosphere in the working environment.

Studies have shown the connection between physical activity and productivity in the workplace has been known to humans since the dawn of civilization but never before has it been a subject of multiple scientific research and various social experiments.

According to one relevant survey of the well-known Wall Street Journal, satisfied employees are even twice as productive, feeling the need to stay longer at work even five times more often if the task is not completed.