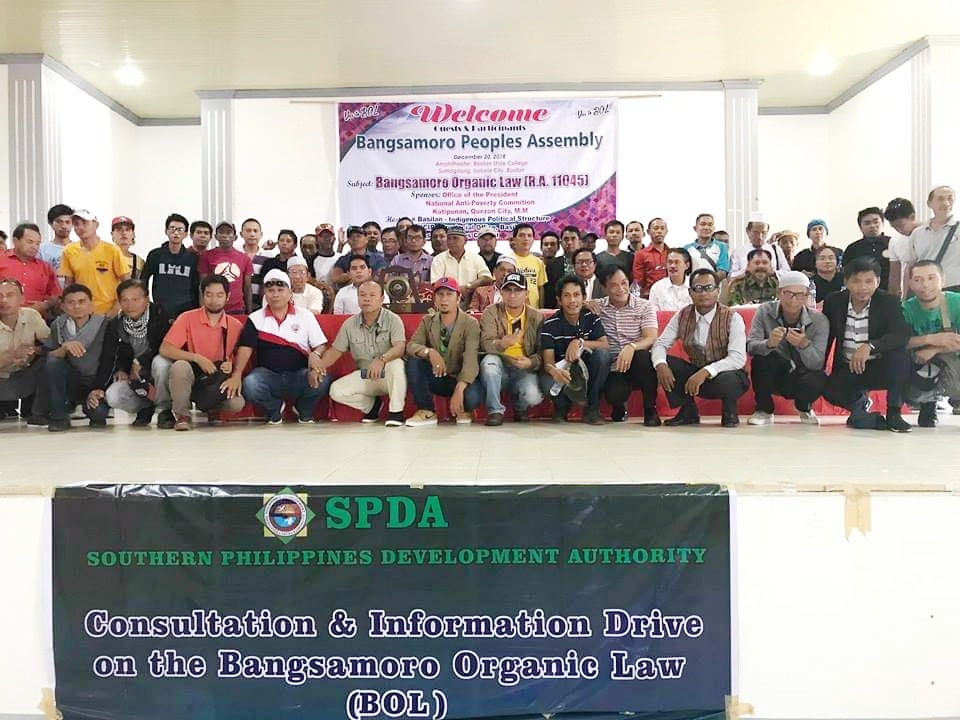 BASILAN PROVINCE, December 21, 2018  –  The Southern Philippines Development Authority (SPDA) under the stewardship of former Basilan Governor Abdulghani ‘Gerry’ Salapuddin, has stretched it muscles in this province to support President Rodrigo Roa Duterte’s quest for the ratification of the Organic Law for the Bangsamoro Autonomous Region in Muslim Mindanao (OLBARMM).

Now the SPDA Administrator and Chief Executive Officer, Gerry Salapuddin has been into a series of speaking engagements in the various peace rallies and people’s assemblies in Basilan Province following the start of the campaign period for the plebiscite on December 7, 2018. Peace rallies from all over the country will end January 19, 2019.

On Thursday, December 20, 2018, Administrator Salapuddin was among the guest speakers during the Bangsamoro People’s Assembly at the Basilan State College (BaSC) in Isabela City, this province.  He discussed on the rights and benefits of the Indigenous Peoples (IPs) in the Bangsamoro Organic Law (BOL) which is the subject in the upcoming plebiscite on January 21, 2019 and on February 6, 2019. Tens of thousands of supporters in Basilan have rallied behind the ratification of the BOL in Mindanao.