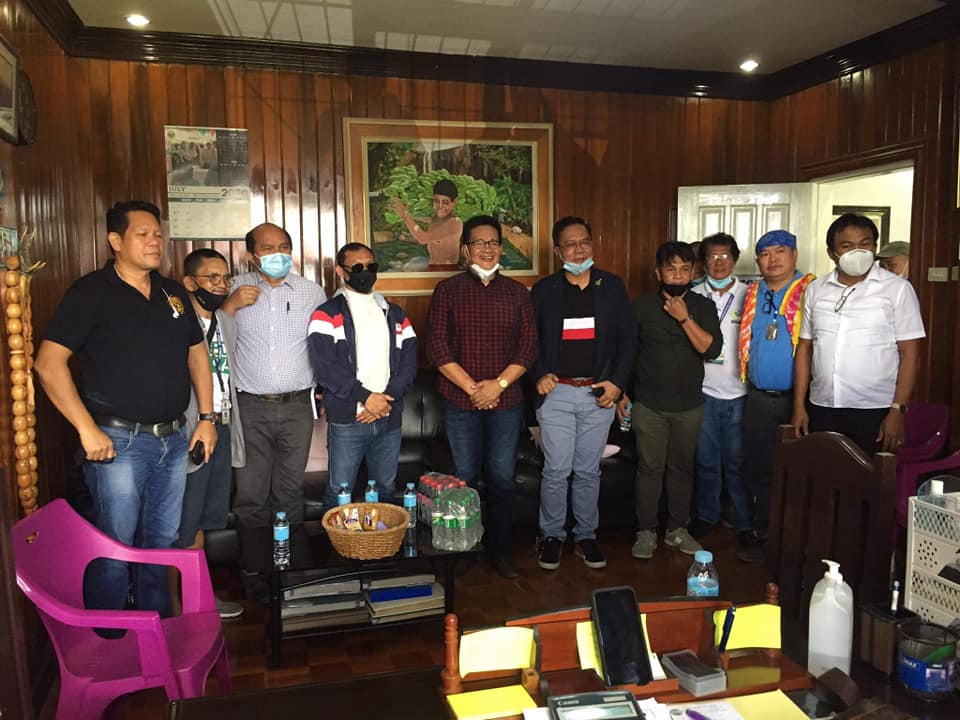 AMAI MANABILANG, LANAO DEL SUR (16 July 2020) – “I assure you of my one hundred percent support to all your projects that may be put up in the area and we have sufficient manpower when the need arises”, Sultan Mastura D. Manabilang, former Mayor and incumbent Administrator of the Municipality of Amai Manabilang, Lanao del Sur, was quoted as saying during the courtesy call made by Southern Philippines Development Authority (SPDA) team Thursday, 16 July 2020, at the Mayor’s Office of the municipality. His son, Mayor Jamal E. Manabilang, was not in his office during this visit.

Led by Administrator and Chief Executive Officer Abdulghani ‘Gerry’ A. Salapuddin, the SPDA team had paid a visit to the said municipality to formally inform the local executives on the planned agri venture partnership between SPDA and Kennemer Foods International, Inc. to be established within the wide array of farmlands owned by the Authority in the Municipality of Amai Manabilang, this province.

Kennemer was represented by Jun Caluban, Chief Executive Oficer. It is a Filipino agribusiness company that specializes in the sustainable growing, sourcing and marketing of high quality agricultural products such as cacao beans, abaca fiber, and bananas. Reports have it that Kennemer is now the Philippines’ leading supplier of cacao beans to the international market.

During this meeting which Sultan Mastura D. Manabiling described as the first personal encounter with an SPDA Administrator for decades, the patriarch of the Manabilang family who is also a retired Police Colonel, disclosed that only 18% up to 20% of the vast tracts of land in the municipality are planted with high value agricultural crops, while the rest of the farmlands are “naka tiwangwang”, he said.

Manabilang had expressed hope that through the SPDA-Kennemer partnership, huge farmlands in the municipality may be developed, many of his constituents will be employed, and there will be an increase in tax collection by the local government.

Formerly the Municipality of Bumbaran, a third class municipality in the Province of Lanao del Sur, it was renamed as the Municipality of Amai Manabilang during the second quarter of 2018 per Muslim Mindanao Autonomy Act No. 316, series of 2014, and was ratified through a plebiscite on 7 April 2018. This highland municipality on the western tail of the province is the homeland of great names in Maranao history and literature.

History disclosed that ‘Amai Manabilang’,  who was a mighty Maranao leader, along with other Datus and Sultans, initiated a movement to protect his people’s welfare and traditions during the American Regime. His valor was the inspiration for the town to change its former name into what is now called AMAI MANABILANG.

During the SPDA visit, Sultan Manabilang opined that the first settlers in the municipality were mostly “Ibatans” followed by the “Ilocanos”, and “Bisayans”. (Celestino B. Siglos, Ed.D.)