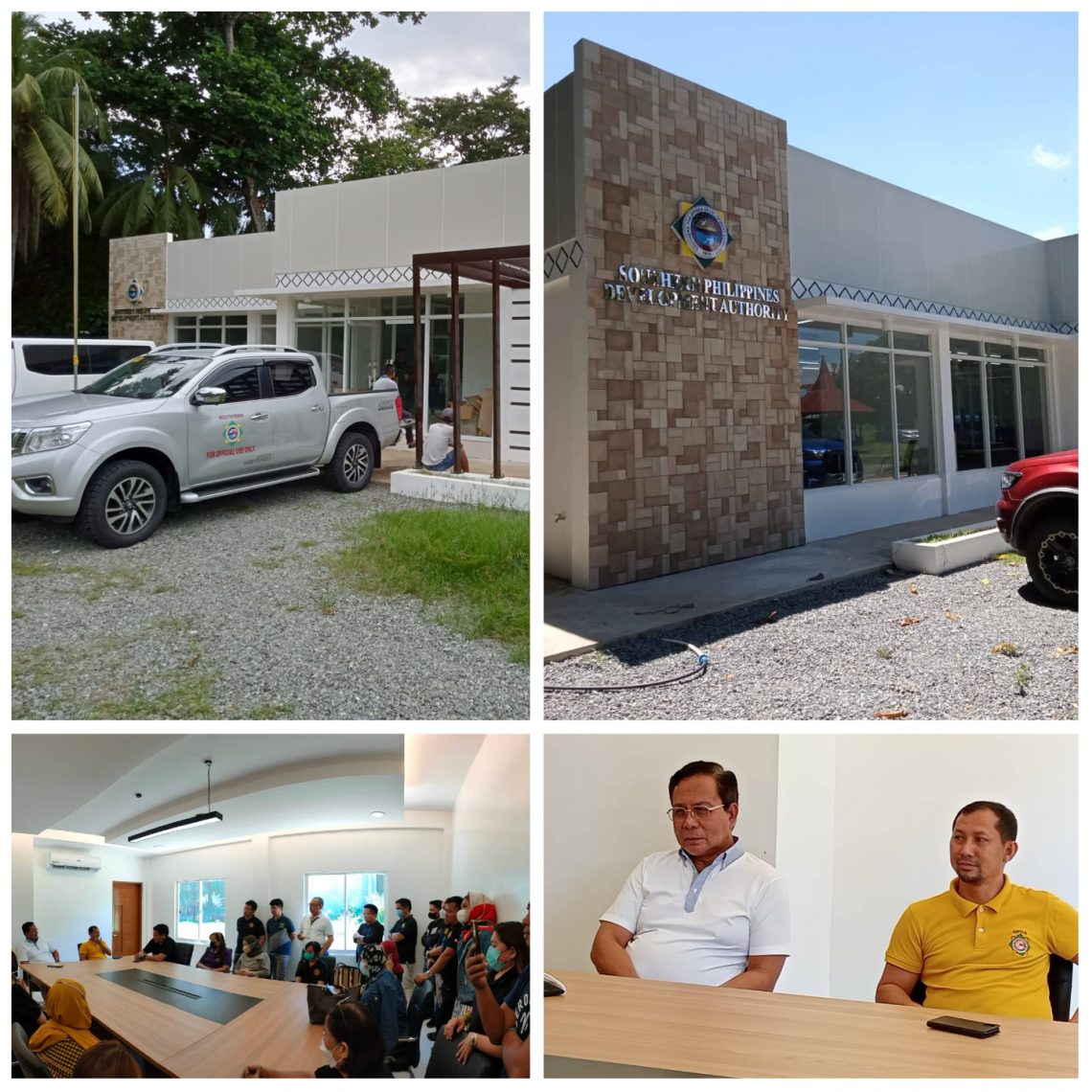 DAVAO CITY (21 July 2022) – The Southern Philippines Development Authority (SPDA) has finally moved its main office in Davao City back to its capacious property at kilometer 12, Davao-Bukidnon road, Catalunan Pequeño, Talomo District, Davao City. Presiding over the first meeting Thursday at the imposing new SPDA building, hardworking revolutionary leader Administrator and Chief Executive Officer Abdulghani ‘Gerry’ Ajul Salapuddin, said “today is a very meaningful day because the putting up of this new building and office signifies a strengthened and revitalized government organization and definitely SPDA is no longer what it used to be in the past”.

For the past 14 years, SPDA had been renting an office space at the fourth floor of Karpentrade building in Matina, Davao City, at a whopping P300,000.00 every month, “and now we no longer rent because the Authority owns the building and built within its own spacious land at Catalunan, Pequeño”, Salapuddin stressed. Salapuddin further revealed that the “new SPDA” has been able to produce huge results in the implementation of its various projects despite meager resources while the other government agencies with billions of budget failed to showcase significant accomplishments.

A prominent Mindanao leader said SPDA is almost a sinking Government-Owned and Controlled Corporation (GOCC), however today, it has returned itself to its authority and vowed to pursue its vital role in Southern Philippines to engage in various investments especially in agricultural industry which is believed to be one of the solutions, if not totally eradicate, poverty in the country and further create jobs and feed millions of Filipinos. “I usually pray at home, but today, I prayed and supplicate to Allah for everybody’s safety, good health, and happiness,” Salapuddin was quoted as saying during the meeting.

In Zamboanga City, Administrator Salapuddin added, SPDA is also building a two-storey Regional Satellite Office (RSO) and Business Center at Veterans Avenue. He said there is a slight delay in the construction of the new building because the contractor is still awaiting for the delivery of the made-to-order pre-fabricated steel frames for the said building. “I was told by the contractor that as soon as the prefab steel frames arrive, they’ll double time and do over time work to complete the project within the agreed time frame”, Salapuddin opined.

In 2024, Salapuddin hinted that SPDA will also construct a new regional satellite office in Cotabato City or at the Regional Government Center of the Bangsamoro Autonomous Region in Muslim Mindanao (BARMM) to be able to closely work with the BARMM Government to sustain the peace gains in Southern Philippines.

SPDA Administrator Abdulghani ‘Gerry’ Ajul Salapuddin had been proven to be a hardworking revolutionary leader, founding father of Basilan State College (BaSC), former member of the Executive Council of the defunct Regional Autonomous Government (RAG) of Region IX, Zamboanga City (1984-1986) ; Provincial Governor of Basilan for a decade (1988-1998); Representative in the Lone District of Basilan (1998-2007); and Deputy Speaker of the House of Representatives in the 12th and 13th Congress (2002-2007), and who recently took his oath reappointed as Administrator and Chief Executive Officer of the Southern Philippines Development Authority (SPDA). (Celestino B. Siglos, Ed.D.)