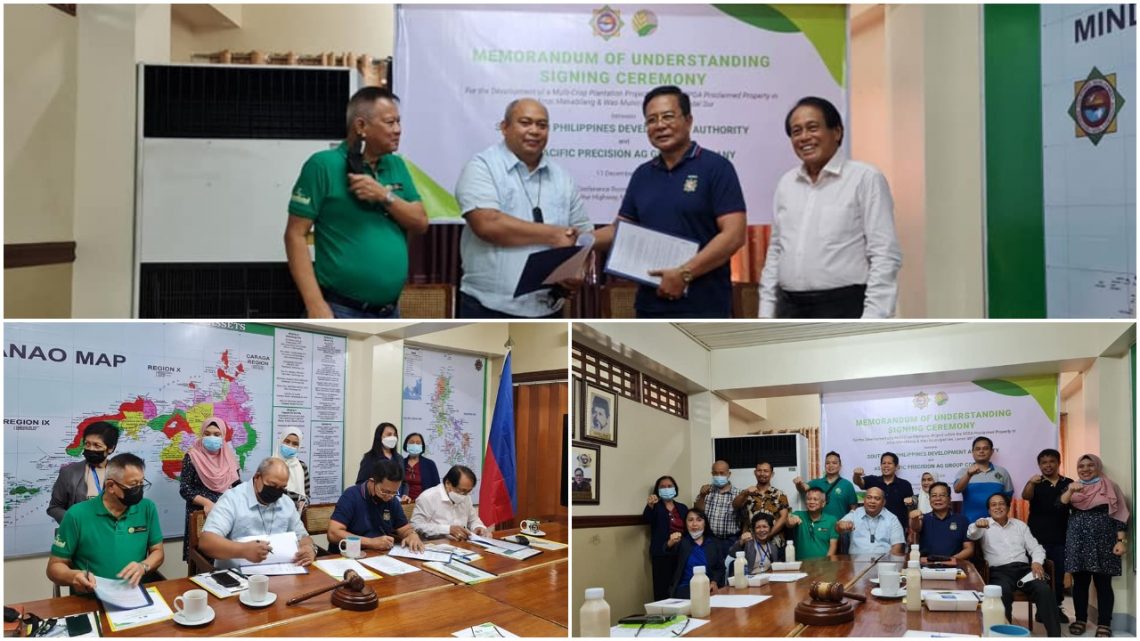 Formally sealing the business partnership on the preparatory phase for the commitment on the development of at least 6,000 hectares for corn and soybean plantation project within the SPDA proclaimed property in the said municipalities, are SPDA Administrator and Chief Executive Officer Abdulghani ‘Gerry’ Ajul Salapuddin and ASPAC AG President and Chief Executive Officer Wilson T. de Vera.

In his message, Administrator Salapuddin has disclosed his grand plan for the formal launching of this project in the project site in Wao and Amai Manabilang, Lanao del Sur, sometime next month, January  2021. He said he is inviting top government officials led by President Rodrigo Roa Duterte; Department of Agriculture (DA) Secretary William Dar; Bangsamoro Autonomous Region in Muslim Mindanao (BARMM) Chief Minister Ahod Ebrahim, Al Haj, among others.

For his part, ASPAC AG President and Chief Executive Officer Wilson T. de Vera, has assured the pursuance of this project as he expressed confidence on the bright business prospects in Mindanao. He further expressed gratefulness on SPDA’s aggressive stand in developing the idle tracks of land in Mindanao as this boosts the economy in Southern Philippines and in the process uplifts the living conditions of the people in the island.

Former Davao City Councilor and now SPDA Board of Director Jimmy G. Dureza, said the signing of the MOU today is a very memorable event in the history of SPDA following its revitalization and expressed hope on the formal signing of the contract with the American company the soonest possible time.

Dureza added the realization of this project would mean improvement of the government’s delivery of necessary services to the people in Mindanao as this generates income for SPDA and at the same time provides livelihood to the immediate beneficiaries of the project. (Celestino B. Siglos, Ed.D.)